No. 20: Trust – The Most Important yet Invisible Currency

When speaking to organizations, the discussion centers all too often around KPIs, performance, increasing EBIT and other objective matters – sometimes almost exclusively. When the pressure is on, or it feels like it is, focus zeros in on achieving targets. As Change Managers, we simply sit in meetings as the question that we see as key to everything and essential to answer simply isn’t asked… “do you trust each other?”

A lack of trust is often palpable even though it is almost never discussed. True feelings, worries and opinions aren’t laid bare. There are plenty of linguistic indicators that are used time and again: “let’s look at things objectively, concentrate on the bigger picture” or “I’m totally with you, but…” Mutual trust is then officially on the record. As Change Managers, when we actually speak to individuals on a confidential basis, it’s not uncommon for trust issues with certain people to come out. In the group dynamic, this of course just gets worse: nobody dares to be courageous, there are lots of empty words, it’s hard to be clear and meaningful, let alone effectively get to the point. Or support for a supposedly agreed approach is stated. In actual fact, either individuals or fractions of allies block the approach or, in the worst case scenario, choose a different approach. 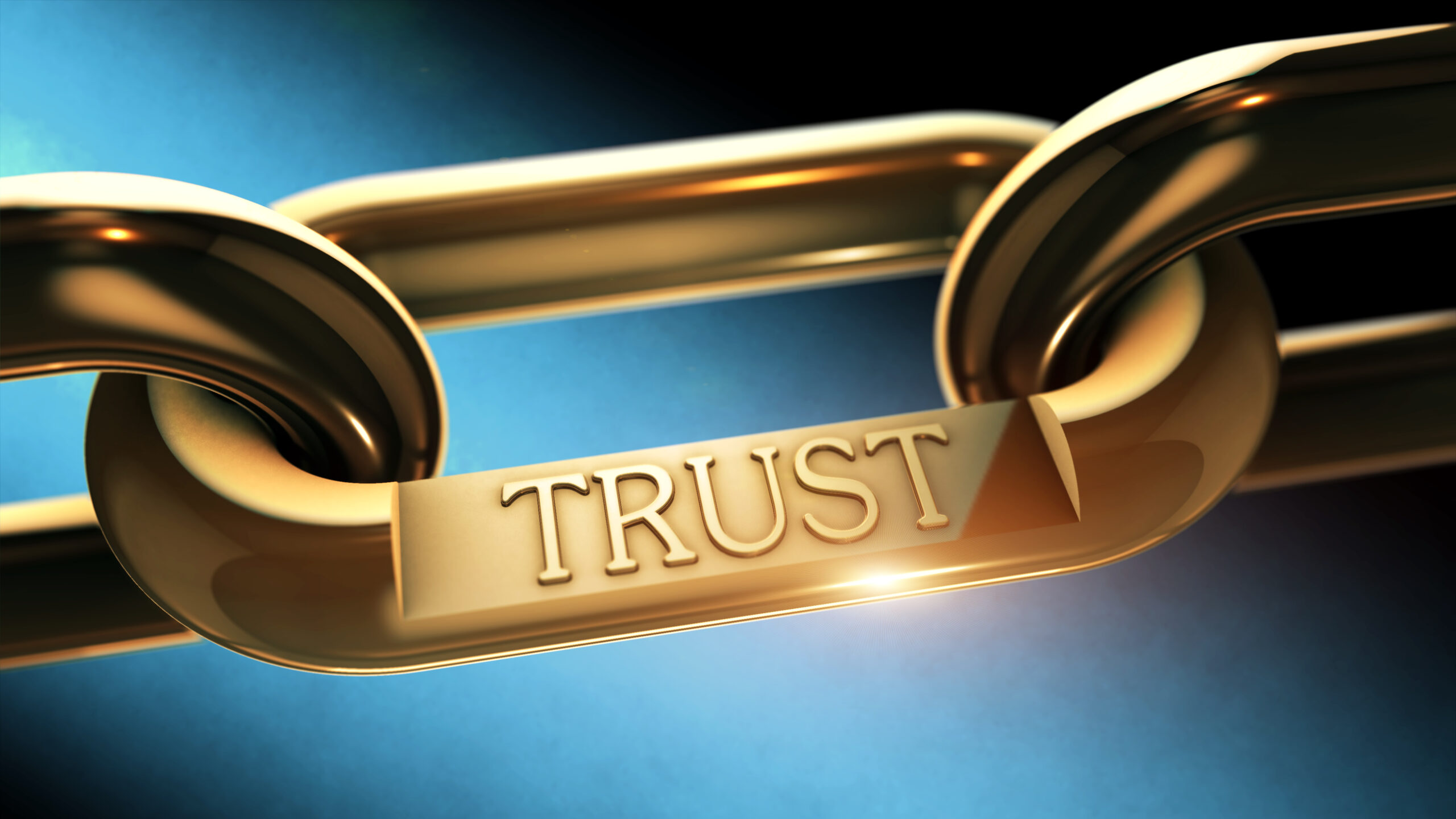 If it is about trust and this is addressed, one demand frequently follows: “then give us a leap of faith” or “give us the benefit of the doubt”. This call for the benefit of the doubt is crazy in itself: the person or people calling for a leap of faith are asking, probably sub-consciously, for the natural principle of a leap of faith to be broken. The issue is often a high level of pressure to meet targets. You want to get to the results very quickly. This one-sided focus, of course, exacerbates situations where managers and teams are already dealing with fragile trust or even a complete lack of trust, which has been developing and manifesting over several years. It’s like a chronic illness, which won’t go away overnight with ideas like “I’ll give myself a leap of health and it’ll just go away”. We’ve shown a few important aspects of trust building below. Even in the examples outlined above, it’s worth first concentrating on what’s really important. Investing in building trust. You’ll easily make up for this invested time later on, as you achieve your targets much more quickly.

If you can’t find the courage to facilitate new ways to build trust, please wait. A half-hearted attempt will either do nothing at best or exacerbate the situation at worst, and the other side will end up feeling justified in their lack of trust in you. So, find your courage and determination first!

Building trust is a process! You don’t have the time, there’s pressure on you to get results and you can’t defer. Then please don’t try. Trust can be visible and tangible. So you need an environment where managers and team members can really see and feel that you mean it. So, be patient and find the right time!

Building trust is fundamentally no different in a work team than in a relationship. If you want to build a relationship with your loved one, you don’t want to be heavy-handed and just ask for a “leap of faith”. Take your time. Don’t have the time? Then don’t start building trust yet. We often see how off-putting it is when managers come to teams asking for a leap of faith or suddenly implementing a change. The most common reaction is for the object of the proposal to refuse straight away, demanding for the other party to first do something to earn it.  So, there’s another very fundamental thing: be prepared to give without the expectation of getting something. Trust isn’t a “deal”. So, take the bull by the horns, take the first step and don’t expect anything in return!
=

There is an array of specific techniques that you can use. These are of elementary importance when building trust.  “Active listening” is an example of one such technique. Not quite the world champion of listening? Then you can build this technique into your behavioral arsenal. This means a genuine interest in understanding the other person’s opinions and feelings as well as any commonalities and differences. It’s important that you “empty” yourself of your own goals, wants and expectations. Active listening therefore means really focused understanding without inserting your own opinions and evaluations from the beginning. It isn’t so easy to begin with, but it can be learned. Let’s say you work in a team where this is difficult because everyone always wants to jump from one topic to the next. We call this the “kangaroo phenomenon”.  Here, it helps to briefly and concisely summarize what you have understood. This is the only way you can understand individual aspects that may be very important.