No. 26: About dealing with Chaos

This essay was written as an internal assignment of HMC and thus does not follow the classic HMC blog article format. Nevertheless, we would like to share our thoughts on this topic with you and hope that it will serve as an inspiration for you to go beyond that and explore the exciting topic of chaos theory.

The term ‘chaos’ is often used colloquially when something is disordered or unpredictable.  But what does this term mean from a scientific perspective? Isn’t there a need at present for people who can deal with ‘chaos’ particularly well? Think, for example, about the current corona crisis. What skills does someone need to be able to continue working in uncertain and unpredictable times? Against the background of mindfulness movements in popular culture, there seems to be a great need to step back, turn inwards and live more consciously.

This essay gives a brief overview of ‘chaos theory’ in various scientific disciplines. It does not claim to be comprehensive, but aims to classify the theory. It outlines a definition of chaos and takes a short digression into synergetics in order to better understand the nature of ‘chaos’. Next it describes how the future is viewed in chaos theory and what ‘chaos skills’ would look like.

This essay engages in the theoretical discussion of a construct (chaos skills), which will be an umbrella term in the future encompassing a range of skills and competencies.

Until the 20th century, constant, linear processes were usually  assumed in both mathematics and physics. So,  physics offered excellent models for explaining cause and effect. But the discovery of quantum mechanics finally blasted apart the foundations of our existing knowledge.

Alongside the contribution of theoretical physics, the invention of the computer and the development of IT played a big part in this reevaluation.  Complex systems, which would have taken mathematicians vast amounts of time to calculate1, could now be calculated quickly and reliably.  Feedback loops, which were already known, but were dismissed as  too weak and so insignificant, suddenly became the focus of attention, as well as minimal changes in the initial situations.

Here is a brief example of a feedback loop, which shows how complex it can become.

In 1887, a prize was awarded by the Swedish Academy of Science for answering the following question: ‘Is the solar system stable?’ It turned out that this question, which initially appears simple, because the movements of the planets’ orbits were considered the epitome of stable and eternal, couldn’t be solved at the time.  Astronomers could calculate the movement of a body around a second body, but they could not solve a calculation that took into account the interactions of all nine planets.2

You might wonder how humans managed for so long without addressing the chaos that arises from feedback loops.

“In fact, over recent decades significant parts of our world have changed in such a way that the network of subprocesses, which is crucial to chaos problematics, has become an actual reality. The system behavior demands fundamentally different descriptions than the ‘classic’ behavior of relatively isolated […] individual parts of an overall system.”3

This global network and the many individual interactions mean that it is no longer possible to calculate the consequences and effects of an individual, eg. political, decision on all other systems.

Edward Lorenz formulated a beautiful metaphor for exactly this interaction: “If a butterfly flaps its wings in Brazil, it affects the atmosphere and so it can contribute to a tornado in Texas.”4

Not only mathematics and physics, but diverse scientific disciplines are now engaged with chaos, or rather with processes “which can’t be analytically and causally traced back to the characteristics of their individual ‘factors’” and so can’t be clearly predicted or controlled.5

In medicine too, life processes in animals and humans were understood for a long time according to this cause and effect model.  For example,  the discovery of blood circulation in the 17th century meant that the heart was seen as the central motor in the peripheral system of vessels.6

It is similar in psychology. Adherents to classical behavioral approaches assumed (and still assume) that human behavior can be explained and predicted solely by reflexes. Conditioning techniques and various approaches were developed from this idea to manipulate humans and animals with environmental stimuli. Some of these approaches, such as using reconditioning and imitation to confront fears, turned out to be effective. However, these approaches consider internal psychological influences to be dispensable.7

2.1 Chaos and order: a definition

A chaotic system dynamic describes a system that responds sensitively to the smallest change, such as the weather.

“Such a system can only be predicted for short periods of time. A chaotic system dynamic is also produced by a completely determined system. So even though their details can’t be predicted, chaotic structures are still highly ordered. It’s about highly ordered, highly complex dynamic patterns.”8

This means that although chaotic systems can’t be predicted, they are still ordered and not random. 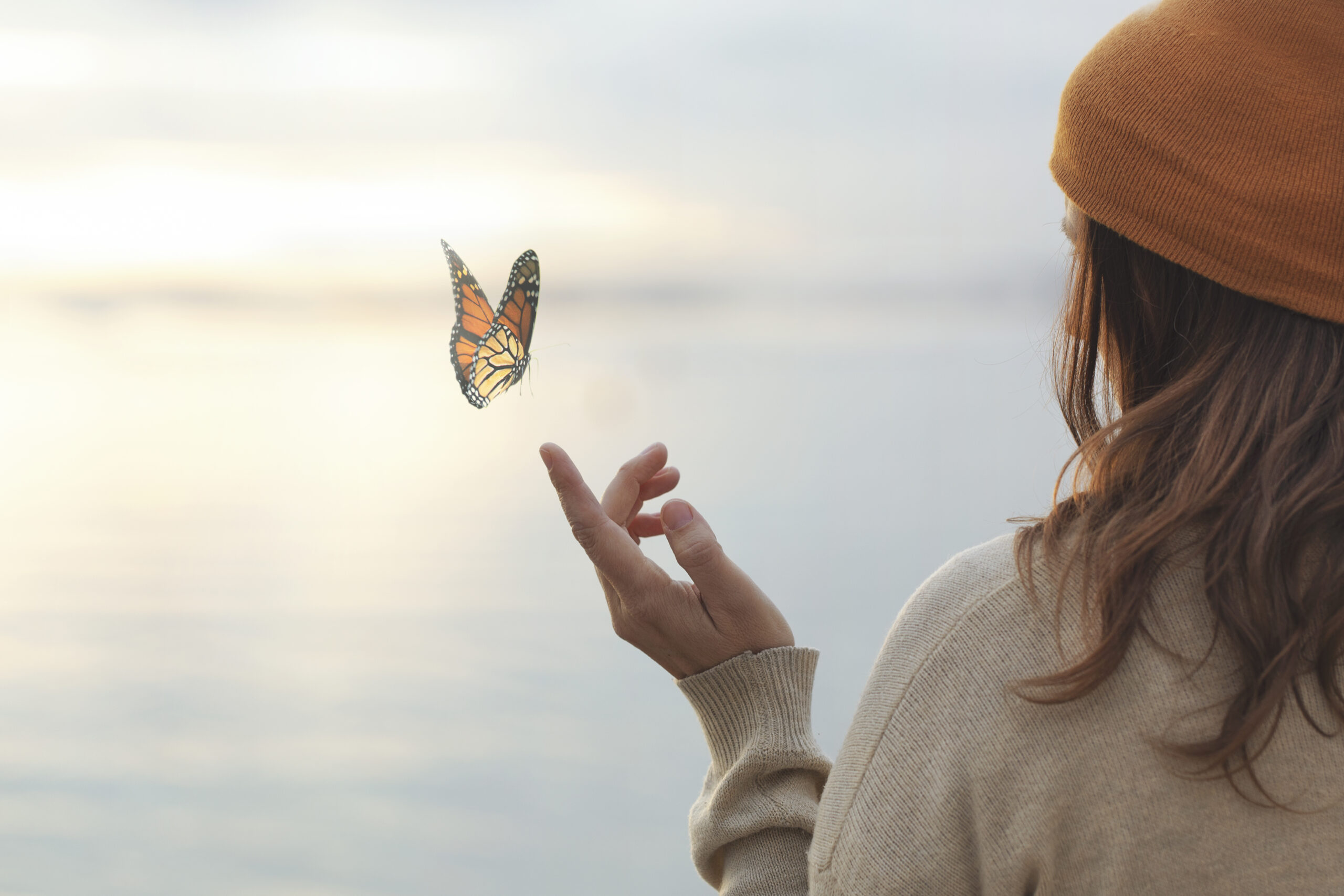 3. Looking to the future from the perspective of chaos theory

In the classical causal model, the future arises inevitably from the movements of particles (eg. atoms) in the present, just as the movements of the past can be traced back. In quantum physics the future is much more open. “Only a probability cloud of possible developments can be demonstrated without really exact predictions being possible.”91 The usefulness of a prognosis for the future depends also on the extent of chaos in any respective system.

From today’s perspective, there’s nothing extraordinary about this finding. There are always so-called gurus who think they can predict the future or developments, but most of us know that these people are only after the money of people who believe them.  Nevertheless, the scientific findings are also ignored.  Consider the corona crisis: there have been countless studies and calculations of probability and worldwide chains of infections. Precautionary measures or specific crisis scenarios played a minor role, if at all.

Humans are programmed to recognize order, patterns and connections. This helps us organize the vast amount of information and flood of sensory impressions. Although everyone has this ability, some people are more inclined to see connections (or to want to see them where perhaps there are none, for example, in conspiracy theories).

Knowing this, it’s not so surprising that the sciences have clung for a long time to the deterministic, ie order-creating, worldview. It’s not always easy to confront and accept complex and chaotic processes in ourselves and around us. Individuals deal better or worse with changes and uncertainty depending on their predilections, experience and character. In terms of how humans deal with chaos, the question arises: what ‘chaos skills’ would allow us to cope in a chaotic world and particularly in our uncertain or unstable times?

Socrates is thought to have said, “I know that I don’t know anything”. This quote contains the key to dealing with an environment that is entirely or largely unpredictable: Acceptance. This acceptance includes, for example, the acceptance that we can’t control everything. If a butterfly in Brazil causes a tornado in Texas, it’s best to think about early warning systems. However, you can’t prevent the storm or impede its development. In this context you have to know and be able to correctly judge your own abilities, so that you’re not expending your energy ineffectively, but investing it in areas where something can realistically be achieved.  You can only make the right decisions for yourself and your own area of responsibility if you know yourself and your own strengths and weaknesses.

Another important strategy, particularly in regard to evolution, is being adaptable and flexible. It is not only humans, but also animals and plants that adapt to their environment.  But we humans have cut back our environment so much, that we have also forgotten this ability. Coping with chaos is also about managing in new situations, being able to continue working and responding flexibly to new situations.  This includes resilience, ie. psychological resilience and the ability to survive difficult work and life situations without sustained negative impact.10 A lack of resilience significantly increases the chances that too much chaos (usually combined with pressure at work) will make you ill. The link between a lack of resilience and the greater complexity of current times in western society (using the example here of Germany), is demonstrated clearly by statistics, which show an increased prevalence of mental illness.11 Given the current tendencies, it’s no surprise that ever more people are concerned with the subject of resilience and mindfulness.  Yoga, meditation and mindfulness practices arrived in Europe long ago and are now an integral part of many people’s daily lives.  This need for self-care and a pause, or inwardness, means finding some balance in a fast, demanding and chaotic (work-) environment.

Chaos skills such as this are now important for all of us, but managers, doctors and politicians in particular should receive training in them, because they are not only responsible for others, but they also make decisions that have consequences for others (people, systems), which can’t be calculated in fine detail.

For a long time science assumed a deterministic environment and with the emergence in the 20th century of quantum mechanics in physics, it struggled to accept a chaotic environment, which was often only calculable with the help of probabilities.  The development of the computer made it possible to calculate chaotic systems and so, despite the unpredictability of these systems, ordered and dynamic patterns were found.  These findings were important for other disciplines, such as psychology, sociology and economics.

These findings are extremely relevant in relation to humans, because the (work-) environment has changed significantly over the decades. Demands on many people have increased due to new technologies and globalization.  A range of skills are required to cope with these increased demands, the speed and pressure.  These skills are brought together under the term chaos skills and they include several elements, like acceptance, self-reflection, adaptation, flexibility and resilience.  Such skills are particularly important for managers, because they have extra responsibility for others and they must make decisions not only for themselves, but also for colleagues and the company.

This essay establishes an umbrella term for a diverse range of qualities and abilities, which can’t be understood in the physical or mathematical sense, but are derived from the preliminary work, in order to have a construct in practice which allows managers, for example, to test and/or complete training in such skills.